Dr. Hilliard’s transformational mindset is reflected in the numerous community development initiatives established under his leadership. He is the Founder and CEO of the Cathedral Community Development Corporation (CCDC), an umbrella organization providing a variety of outreach services to the local community. The “Cathedral Community Counseling Center”, a professional clinical counseling center, provides mental health support for both the church and the community. These services are provided by Masters and Doctoral level therapists. The “Cathedral Family Life Center” houses a banquet center, library and a creative dance center and Sunday School. Cathedral International has been cited by the city and the state as a major catalyst for the renewal and development of the City of Perth Amboy.

Dr. Hilliard is the author of 14 books on a variety of relevant topics. His most recent books, “Midlife, Manhood, & Ministry,” was released April 2013 and “55 and Counting,” was released in November 2013. To purchase additional books log on to amazon.com or donaldhilliardjr.org.

A 2002 and 2013 Hampton Ministers Conference speaker, Bishop Hilliard has ministered at various churches, conferences, and conventions across the United States and internationally. Vision Casting, birthed out of Bishop Hilliard’s call to serve visionaries and dreamers, is a motivational-action company formed to encourage Executive leadership to pursue life with also a power motivational speaker, and a disciplined mindset for success.

In 2006 after a life-threatening illness, Dr. Hilliard reinvented himself again by resurrecting his gift of painting by creating original pieces of art through his abstract expressionistic company, Pulpit to the Palate Art.  His premier collections of over 70 original pieces include the recently exhibited “Let Go, Let Gesture: Abstract Ascension” series at the Dragonfly Fine Arts Gallery in Martha’s Vineyard as well as “Divine Liturgy in Abstract” and “From the Pulpit to the Palate” series. His paintings grab your attention with brilliant use of color and shapes with the purpose of speaking to your mind and soul while creating rare moments of introspection.  To purchase artwork please log on to donaldhilliardjr.org.

Dr. Hilliard’s creativity does not stop with his gift of painting, but extends into the theatrical arts arena. In April 2013, Dr. Hilliard’s first theatrical production, “Stop the Funeral” debuted at the Union County Performing Arts Center in Rahway, NJ to a sold-out crowd featuring Marvin Sapp. “Stop the Funeral” was written in an attempt to create a sense of urgency of what we must do to change the mindset of the often misguided, misunderstood and sometimes forgotten youth, and has gained momentum as a movement to end senseless violence in our streets.  In 2018, Bishop Hilliard partnered with The Zakee Bowser Enrichment Foundation presented a “Stop The Funeral” event to show awareness of the violence in our communities through spoken word, live hip hop, choirs, steel band, steppers, mime and dancers. 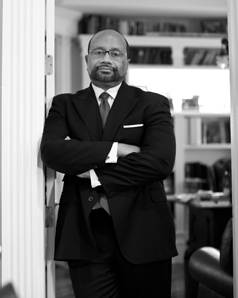 Ordained into the Gospel ministry by the Progressive National Baptist Convention, Inc. in 1978 and consecrated a Bishop under the hand of Bishop John R. Bryant in 1995, Bishop Donald Hilliard, Jr. is the Presiding Prelate Emeritus and founder of the Covenant Ecumenical Fellowship and Cathedral Assemblies (CEFCA), now known as Covenant Fellowship Alliance (CFA). He continues to serve as Father and Influencer to countless sons and daughters across the nation. 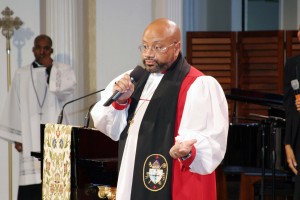 Passionate about education, Dr. Hilliard is the former Pastor – Scholar in Residence at Palmer Theological Seminary, as well as a former member of the Board of Directors at Somerset Christian College, Somerset, NJ. He is the former Group Convener and Mentor of the Donald Hilliard Fellows Doctor of Ministry Program and visiting professor of Church Renewal at Drew University Theological School in Madison, NJ. In December 2012, Dr. Hilliard partnered again with Drew University Theological School as an Affiliate Associate Professor with the establishment of the Hilliard/Sweet Concentration as part of the Doctor of Ministry Program. Most recently, he was named the Distinguished Practitioner in Residence at the New Brunswick Theological Seminary to assist in the development of clergy care groups and teaching in the consecration in urban ministry.

From an array of community groups, non-profit agencies and governmental associations, Dr. Hilliard has received numerous awards and citations for his efforts inside the church and beyond, including his role in the ongoing renewal of downtown Perth Amboy. A few of those honors include; the Distinguished Alumnus of the Year Award from Princeton Theological Seminary, Princeton, NJ (1995) and The American Baptist Church, USA Evangelism Award (1996).

Bishop Hilliard was also inducted into the Martin Luther King, Jr. Board of Preachers at Morehouse College, Atlanta, GA. (1995), and received the Perth Amboy Chamber of Commerce Executive of the Year Award (1994), the Drew University Martin Luther King, Jr. Humanitarian Award (1994) and the Distinguished Alumni of the Year, Eastern University (2006). In 2008, The New York Council of Churches presented Dr. Hilliard with the prestigious, Clergy of the Year Award. He is a past board member of The Joint College of African-American Pentecostal Bishops, and is a lifetime member of the NAACP. He has also received the “Humanitarian Award” from the National Conference for Community and Justice; and has also served as a commissioner for the Perth Amboy Redevelopment Authority.

As the son of the late Alease Elizabeth Crawford Hilliard-Chapman (December 28, 1933 – August 26, 2013) and the late Donald Hilliard, Sr. (April 25, 1930 – October 13, 1983), Hilliard credits his parents for providing a stable and loving home where education and hard work were emphasized. On February 28, 2014, he launched the Donald and Alease Hilliard Chapman Foundation in honor of his parent’s legacy.

“What you see over the last 35 years has been a divine leap of faith,” said Hilliard, who partners in ministry with his wife, the Reverend Phyllis Thompson-Hilliard, BA, MA. They are the proud parents of three amazing daughters, all whom have earned under graduate and graduate degrees, a son-in-love, and their one and only grandson, Joseph Donald.

Bishop Hilliard is a servant of God who continues to say “Yes” to the Lord’s call on his life and by doing so has positively affected the lives of thousands with his gift to turn a glimmer of hope into opportunity.